I love a good design project. This commission was everything that I loved; wonderful, exciting people. I met and got to know the Strasberg‘s in New York City. Ana Strasberg has become a friend and supporter. The Lee Strasberg Sculpture, a little larger than life, was installed at the Lee Strasberg Institute in California with a big gala, lots of movie people. It was a wonderful commission.  It is solid bronze. I cast in bronze two pages of text in the book Lee is reading. 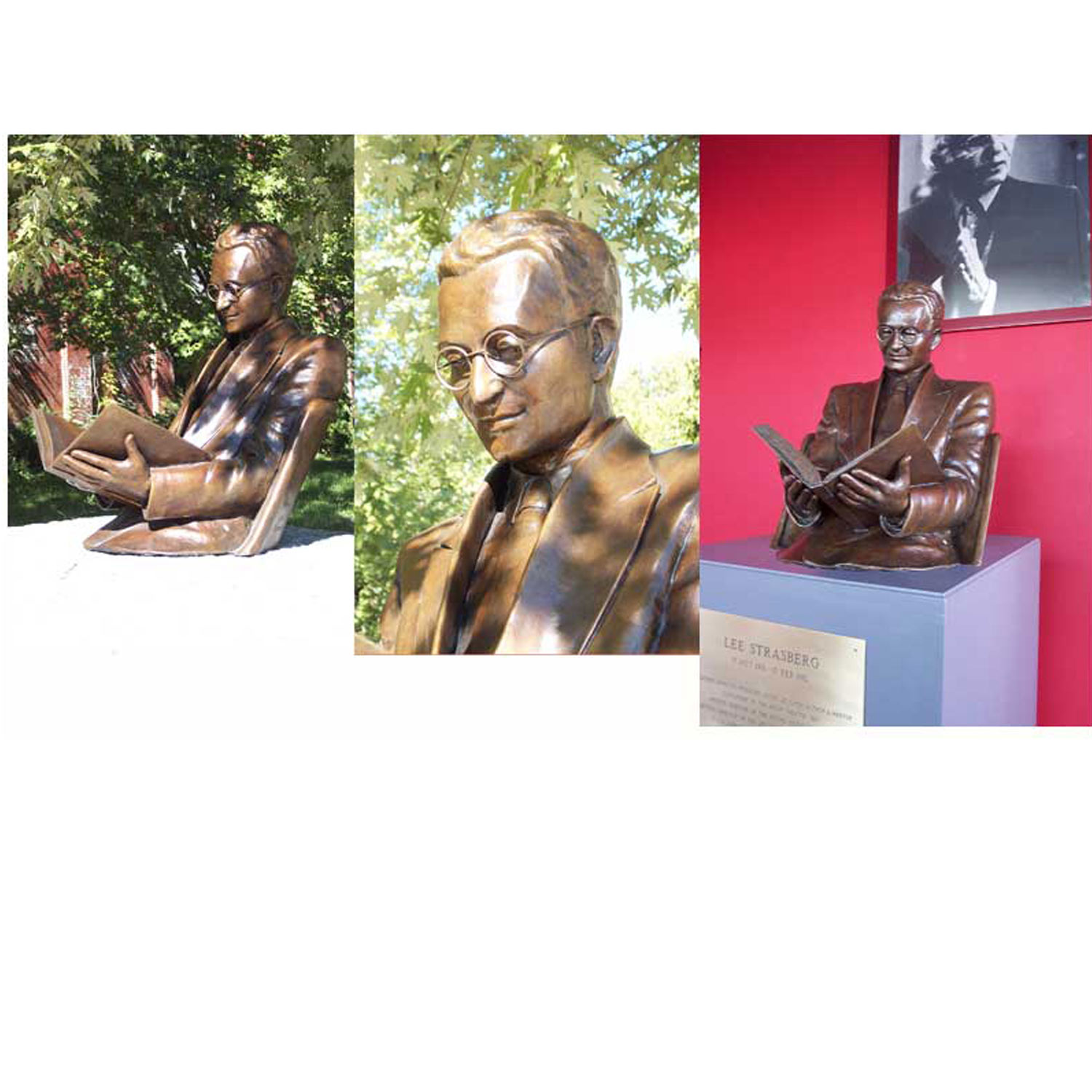 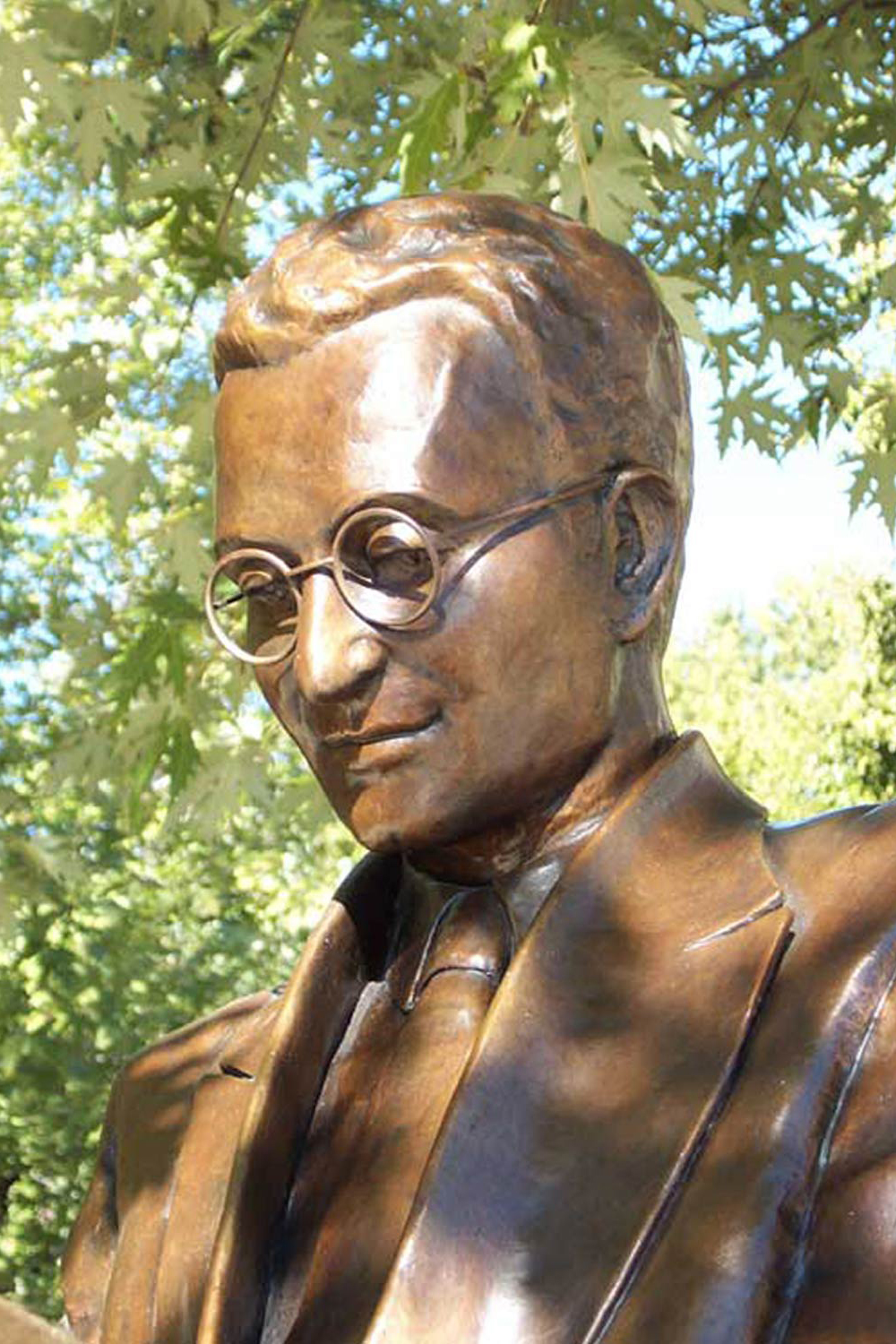 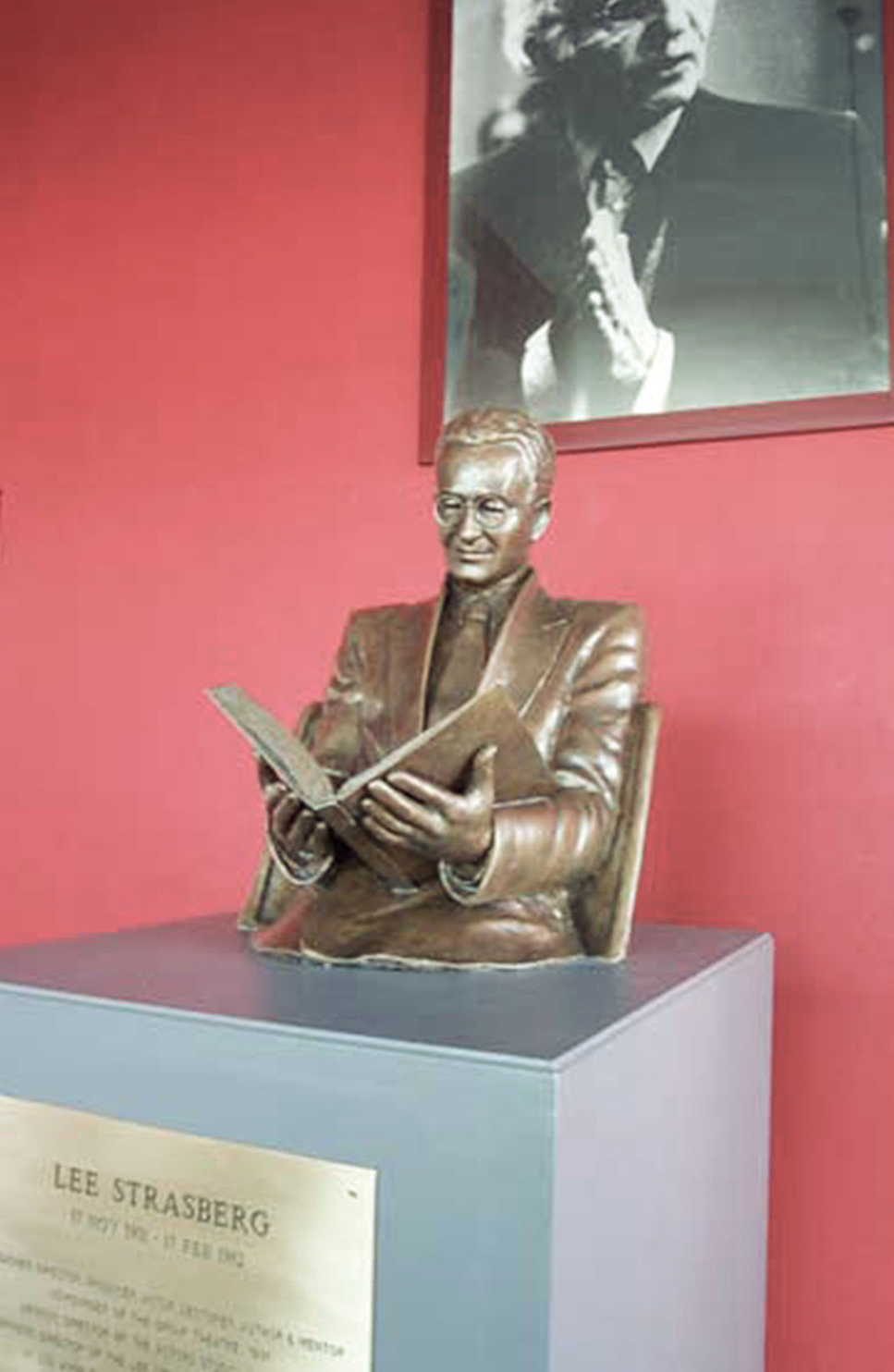 The Door Pull- The dawn door pull is a bronze door pull in the top center is the place where the key goes it is a unique and beautiful piece.

The Salt Celler- As everyone knows the dragon is the source of all knowledge, in my Salt cellar, it is talking to the salt trader. It is made of 18 karat gold, blue glass with the fern salt spoon resting at the bottom of an amethyst crystal. 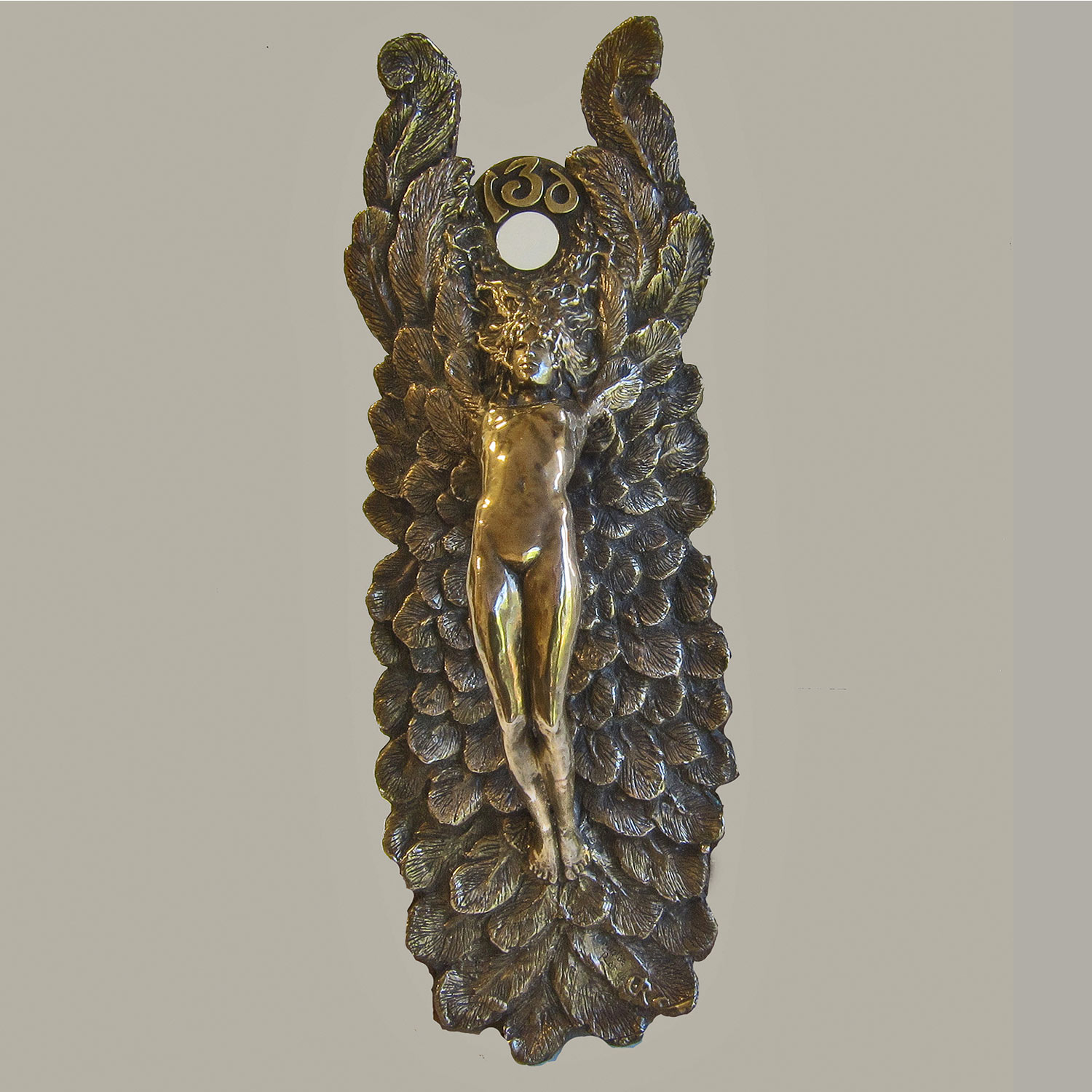 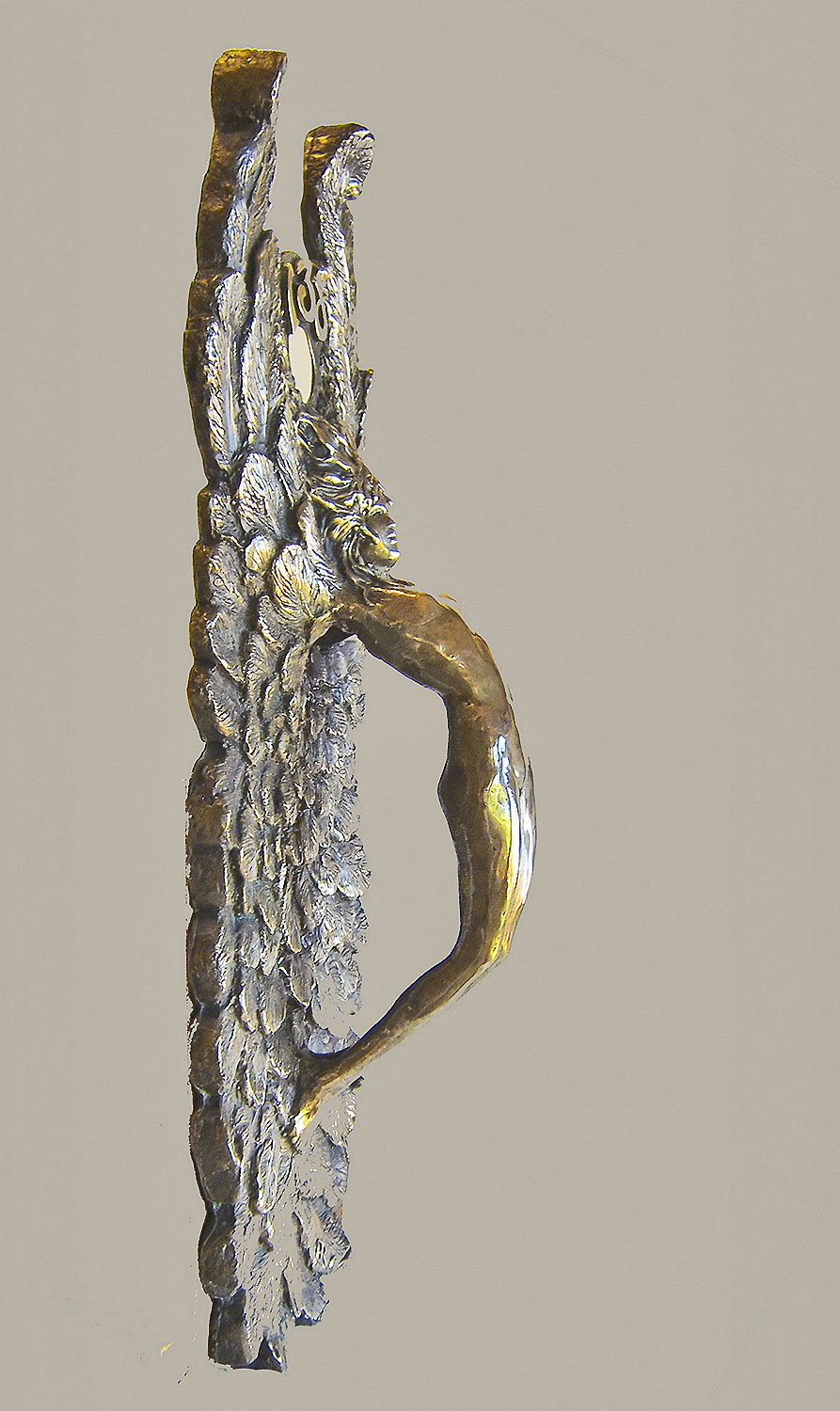 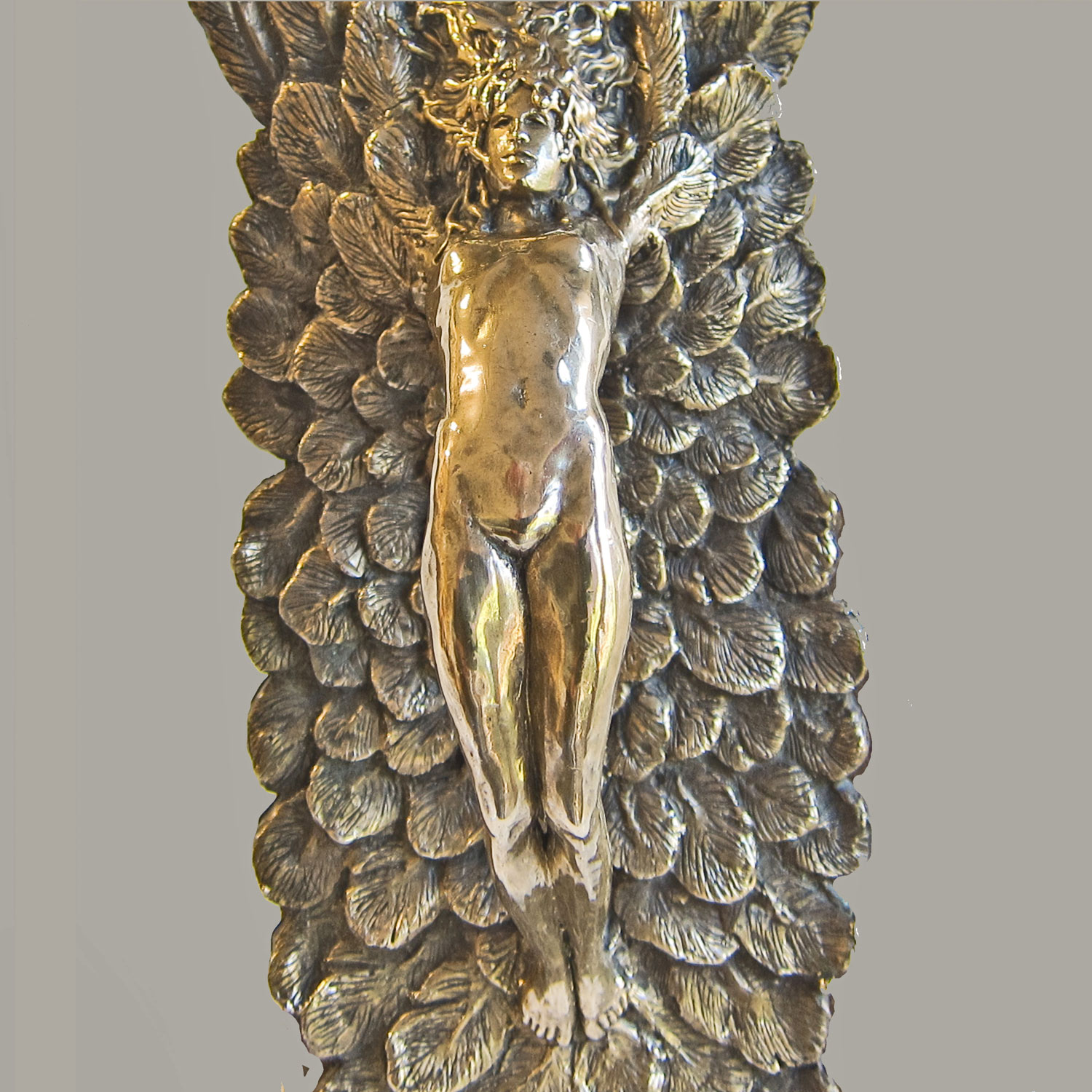 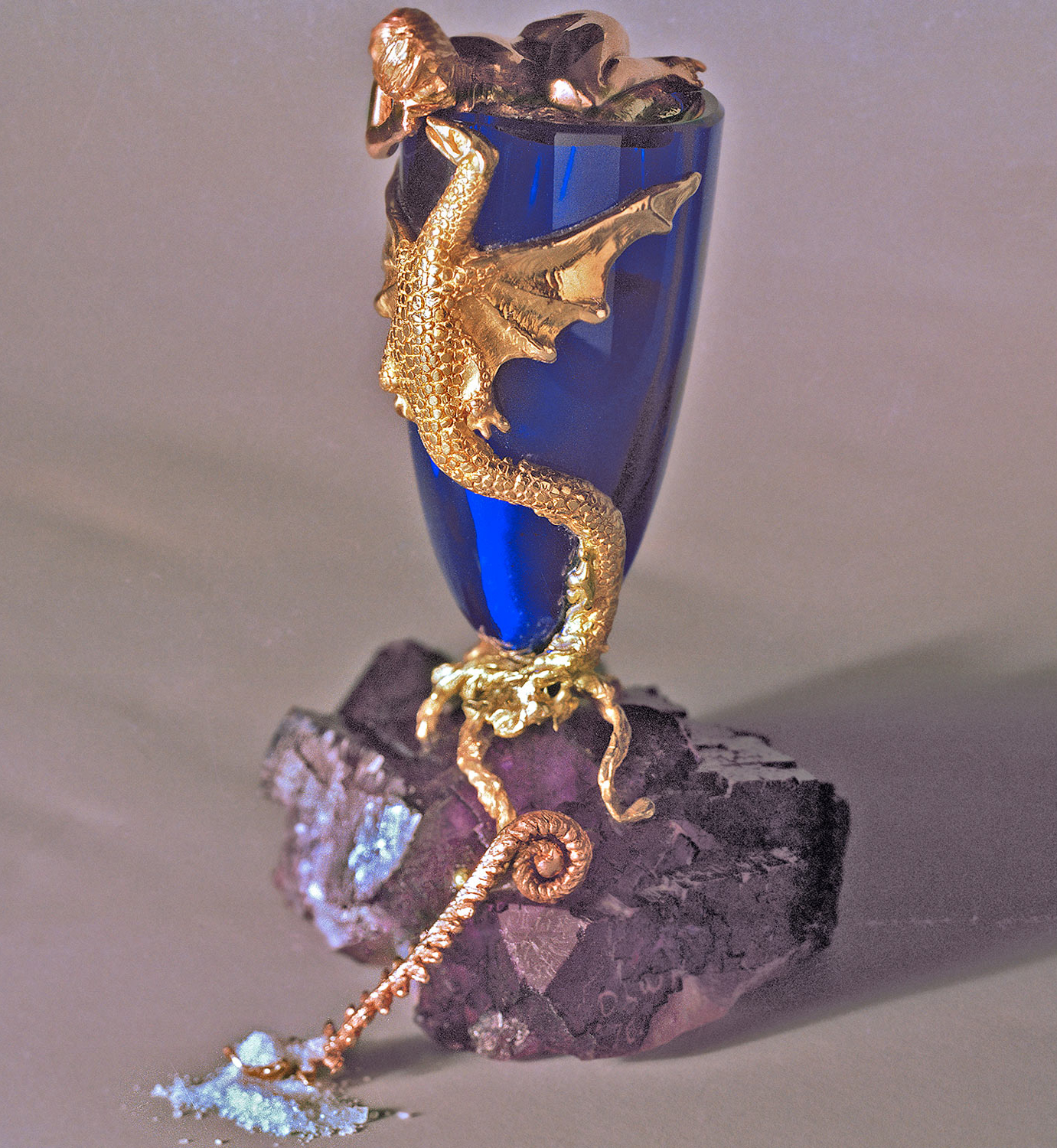 Anne’s Meditation Chair is a major work of mine. It demonstrates my skills as an Artist and my craft in casting large glass sculptures. This is a bronze and glass chair with a fabric seat. I made this chair in close collaboration with Anne Winn. Mark Randall (a distant cousin) designed the fabric part. It is 5 feet tall 2 1/2 feet wide and almost 3 feet deep. The glass is Schott optical crystal. The Angel represents our universal spirit. On one side is the glass relief of a male going into the sun and on the other side is a glass relief of a female going into the moon completing the universe. The arms and frame are made of cast and fabricated bronze with sterling silver details. 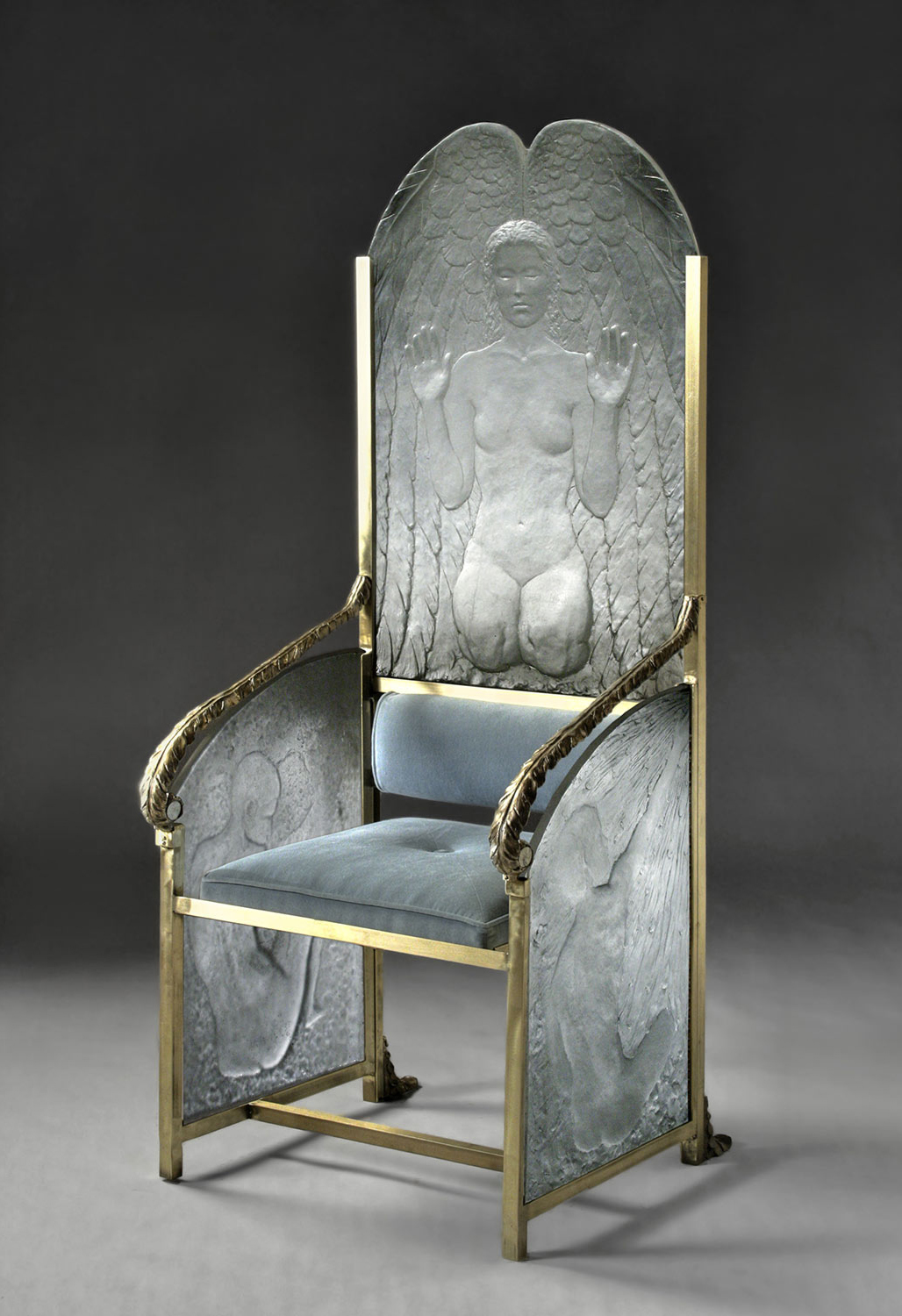 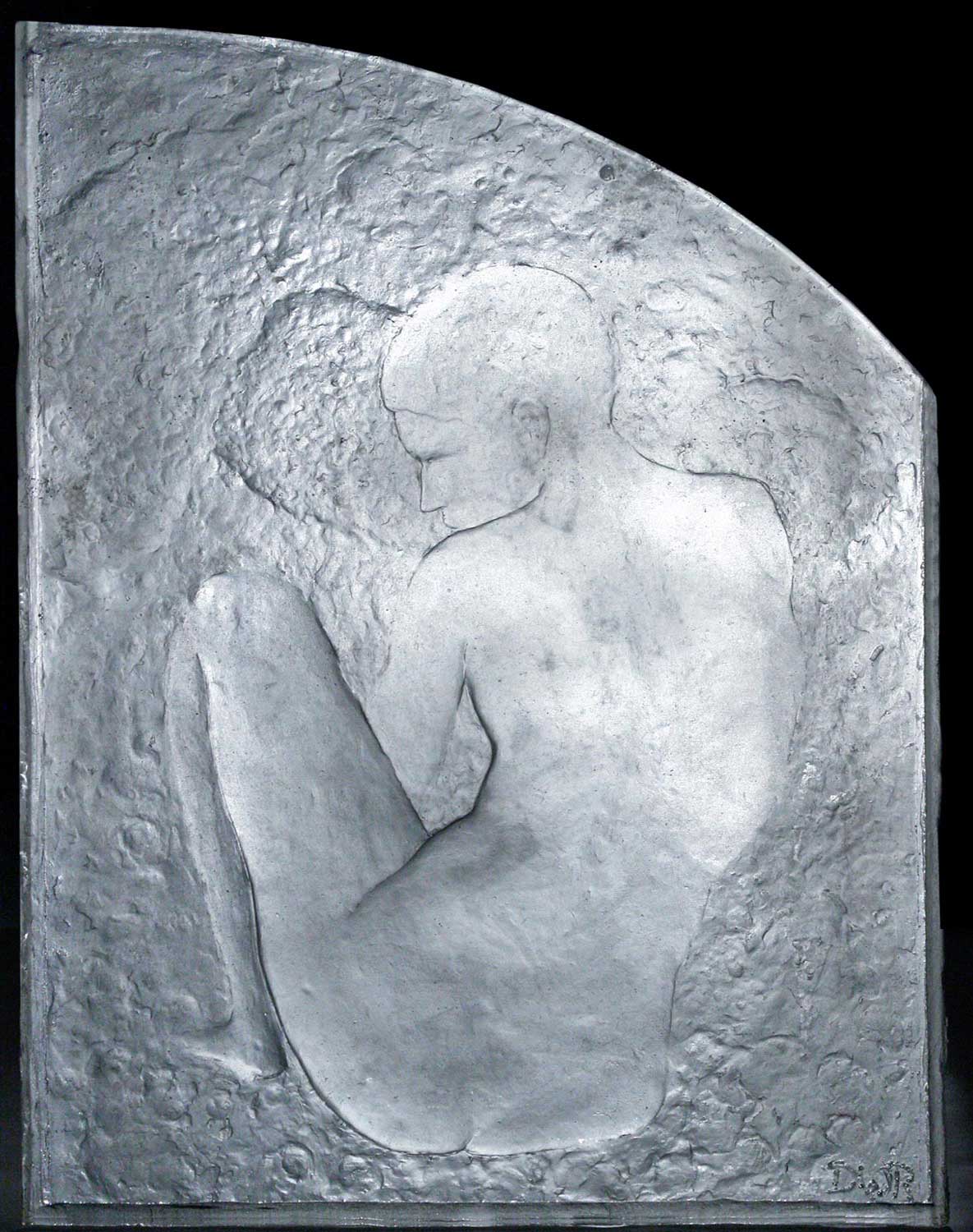 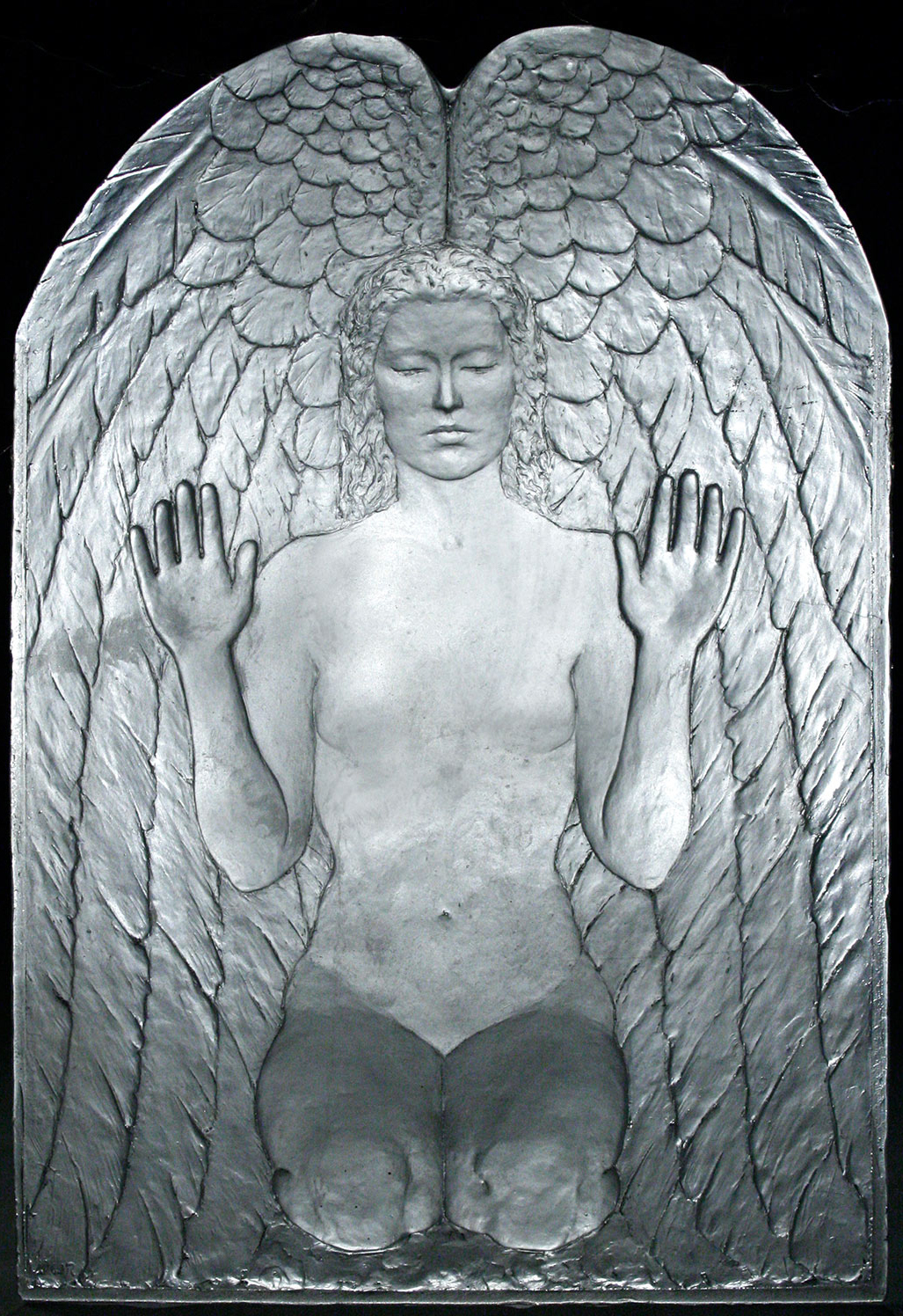 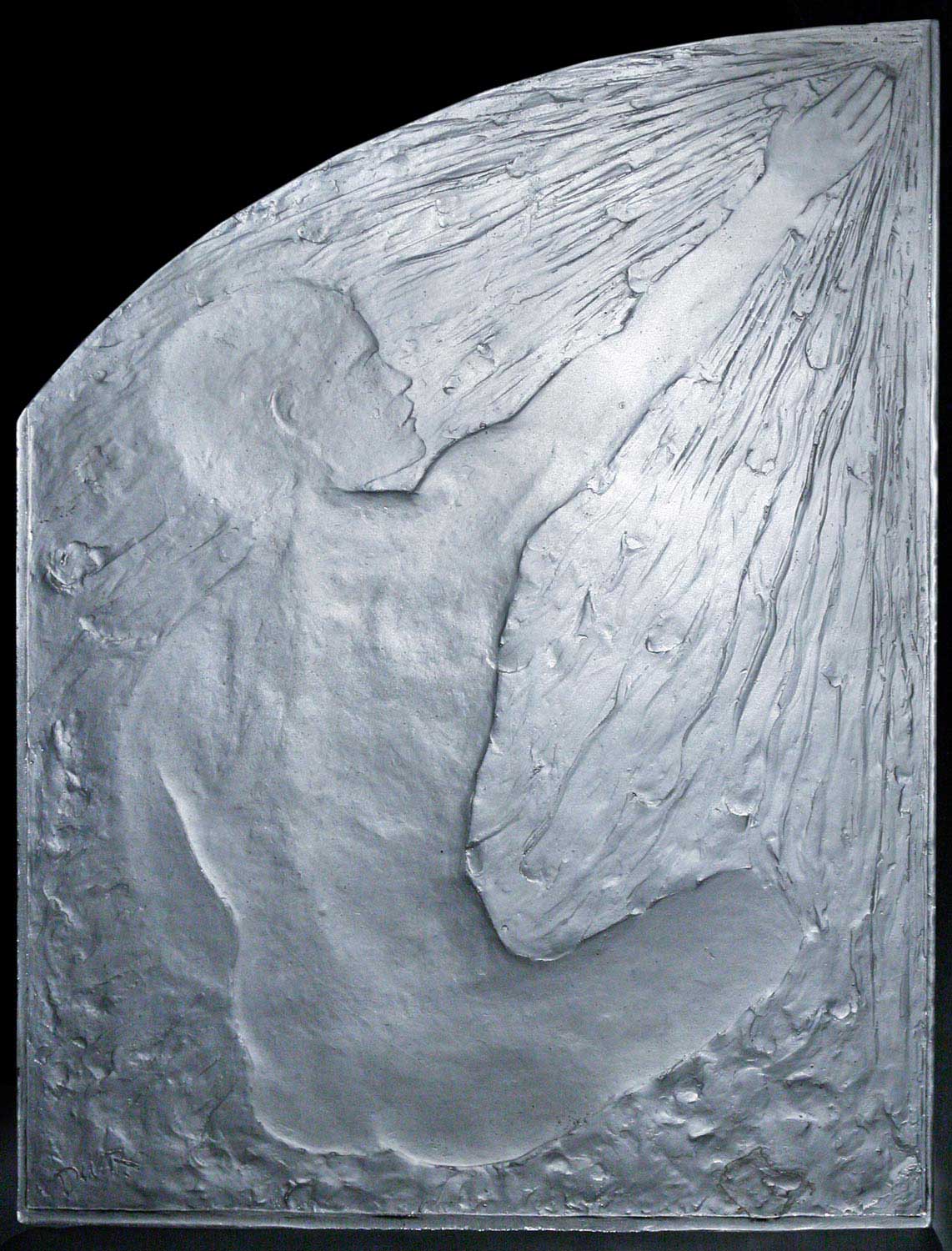 I love being able to design and make awards that convey the significance that the presenter wanted.

Impact Awards- I made the Impact Awards for AARP from 2011 to 2018. Five or six awards were given each year to people who made an impact on our world.

Dusa Award- The Duse Award, I designed and made for the Actors Studio in New York City and Lee Strasberg. It is a bronze actor’s mask of the influential actress Eleanor Dusa, who was one of the originators of the Method. The Actors Studio gave an engraved one to each person who was awarded an Oscar, Emmy or a Tony and had studied with Lee Strasbourg at the actors studio. I made 150, each one by hand. They were presented at a glitzy ceremony at the Waldorf in NYC. The list was 150 of the most familiar entertainers. Lee Strasberg was an amazing teacher.

Anne’s Walking Cross- I designed and constructed this cross with the renowned Anne Winn. She walked with it from Philadelphia Independence Hall to New York City to make a statement at the Republican convention. It is a beautiful 6 feet of steel and glass.

Artemis- The Artemis sculpture. Artemis the moon goddess, with a gold lightning bow and arrows in the form of lightning bolts the other accessories are also in gold. I sculpted this piece for the Franklin mint fantasy collection.

CD Cover- CD covers Naked Under the Moon I design for Linda Cohen and Michael Kac’s last CD. It was an honor to make this album cover for Linda as her last album covers were done by Milton Glazier, what an honor to be even in the same world as Milton Glaser!

Sward- The fantasy sword that I made for the Franklin Mint, I carved a screaming face at the tip. It is shown here in wax.

Clay Sketch- This clay sketch I made of a hunter was made for the Franklin Mint and its Native American series. 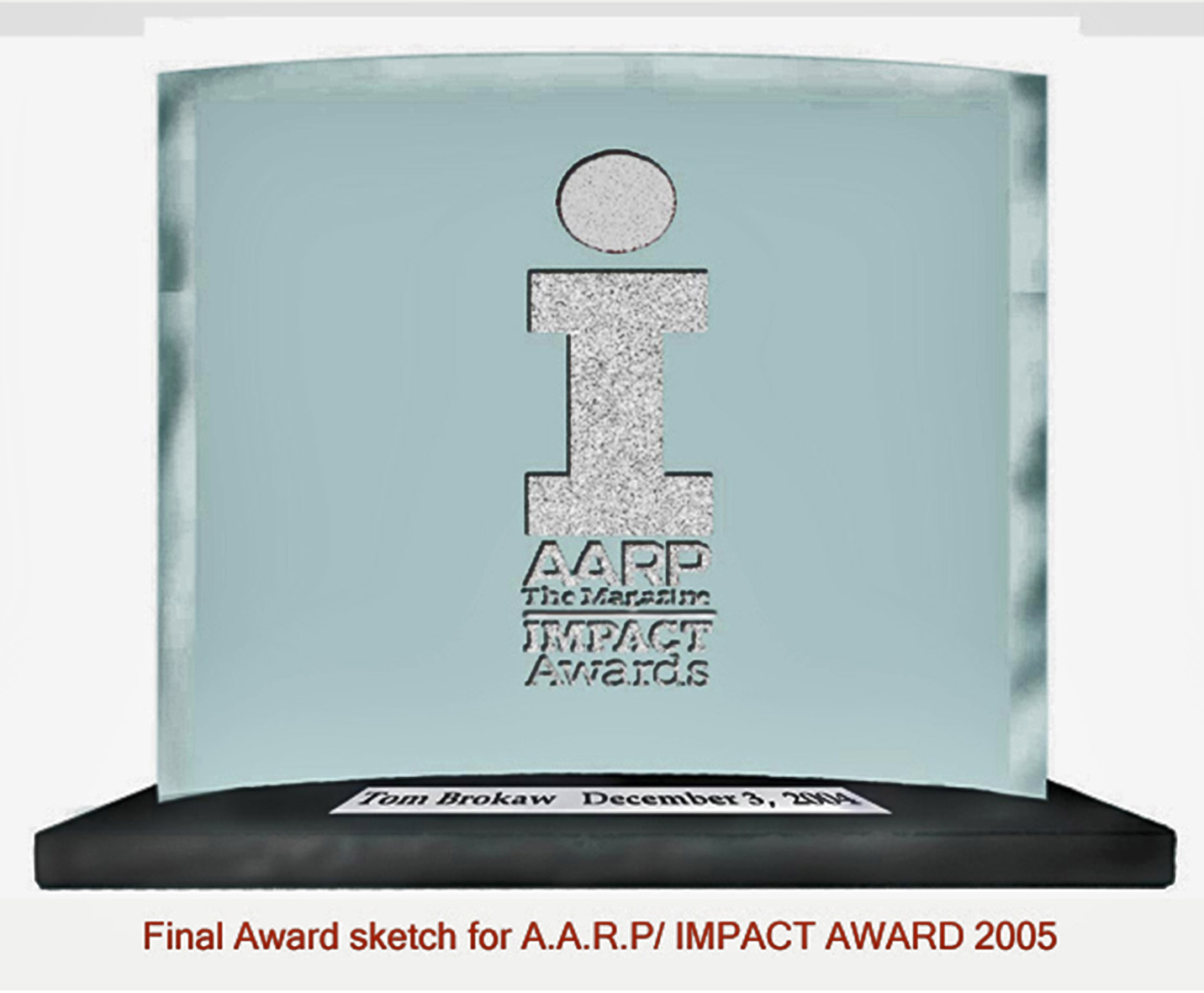 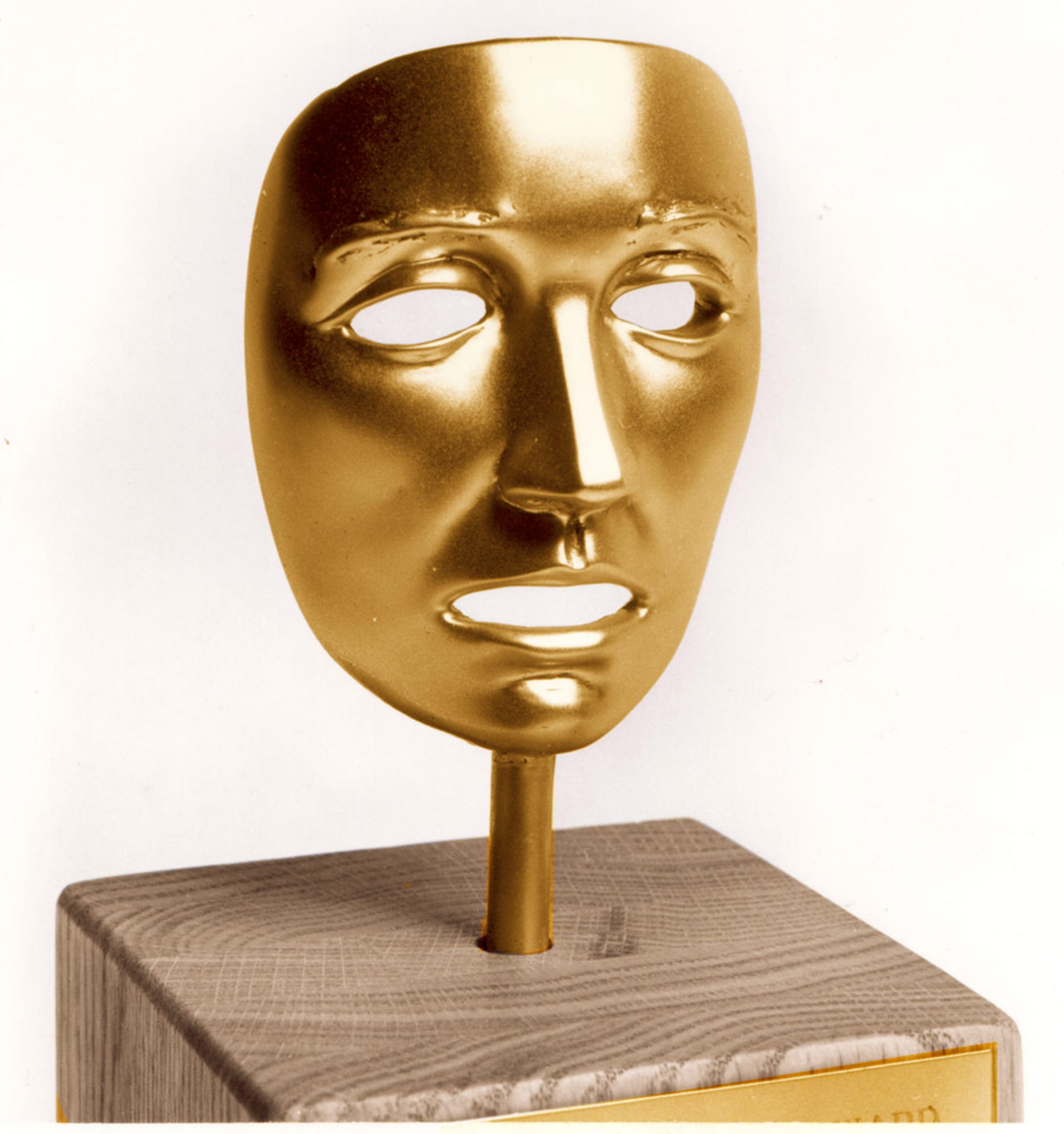 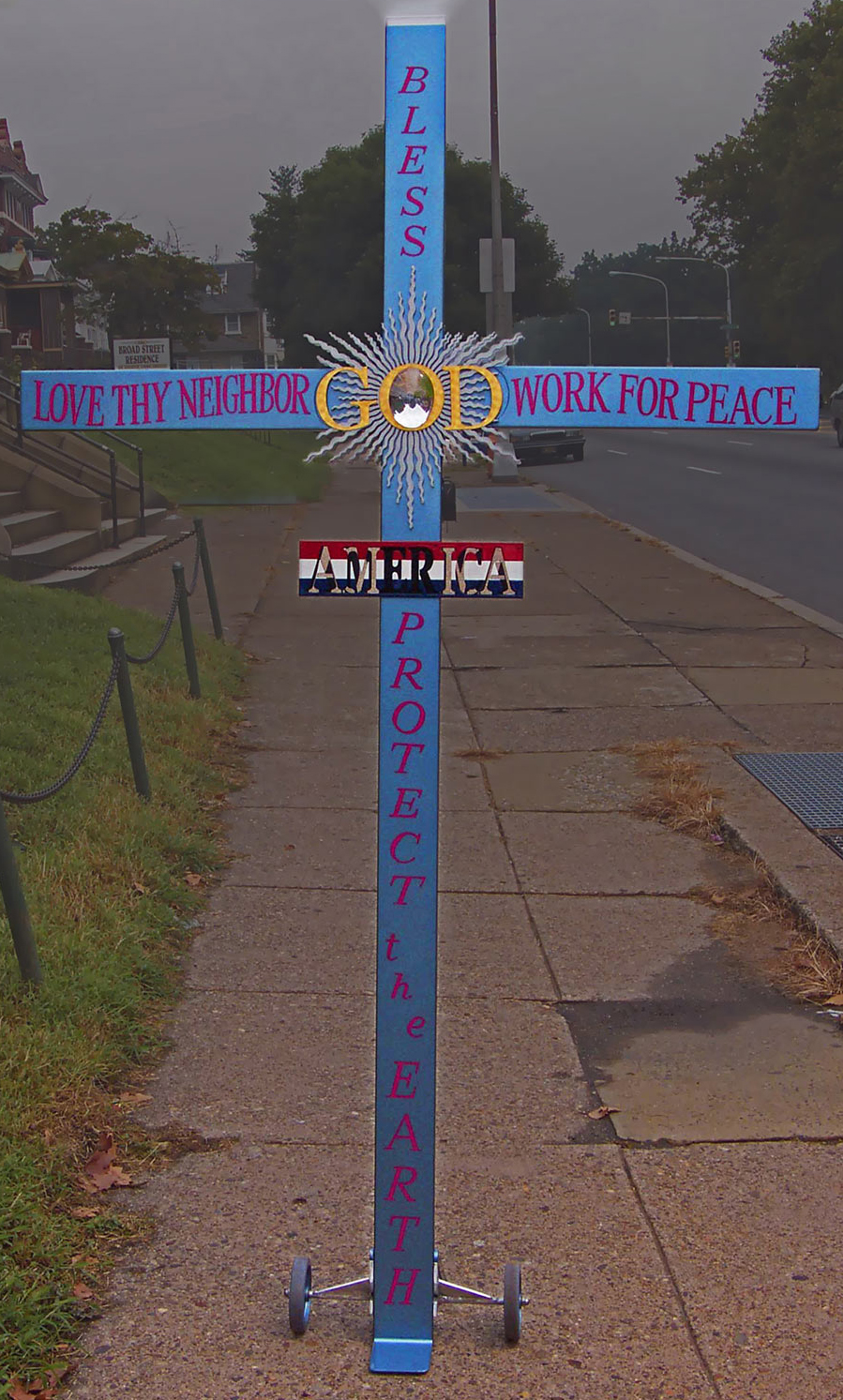 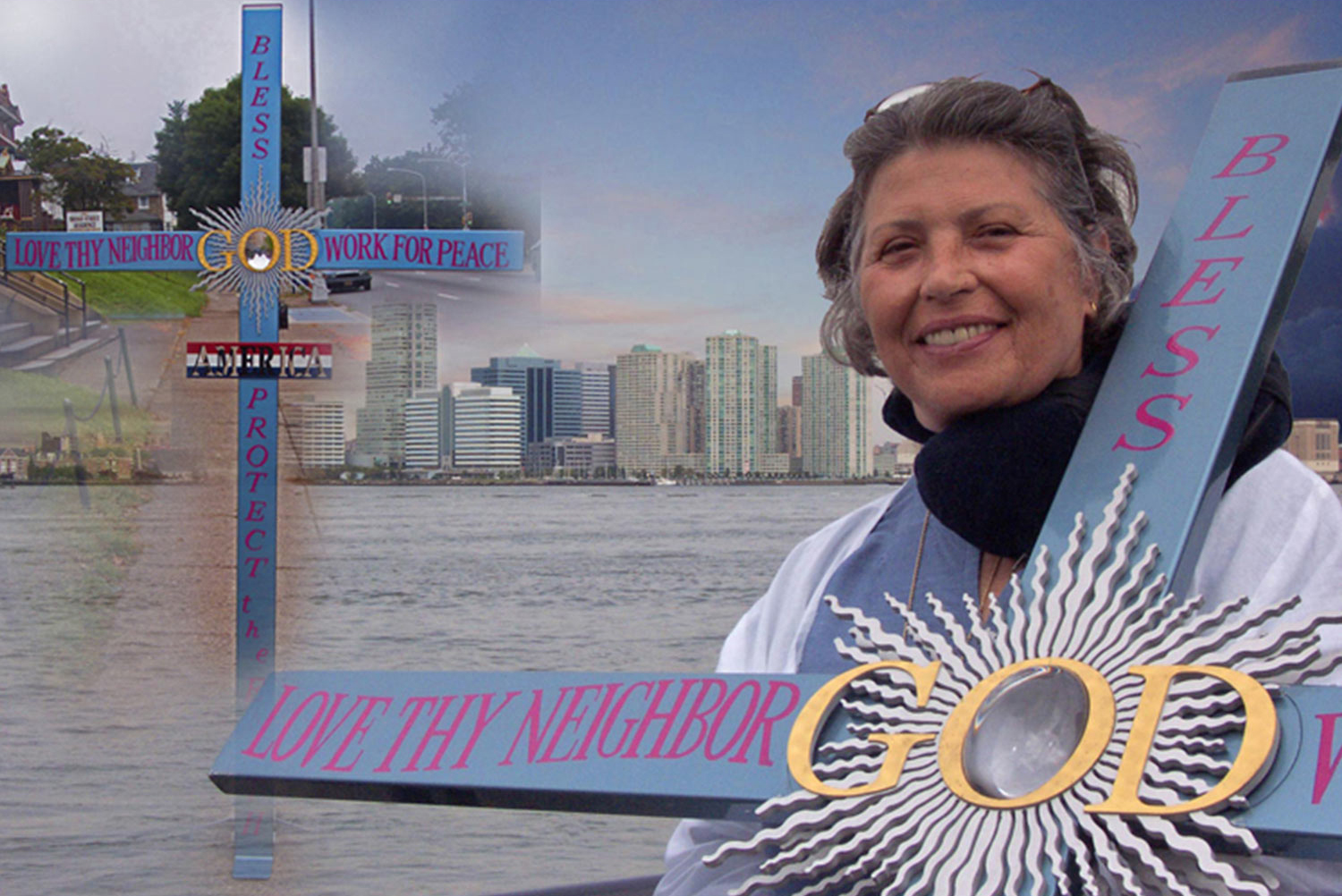 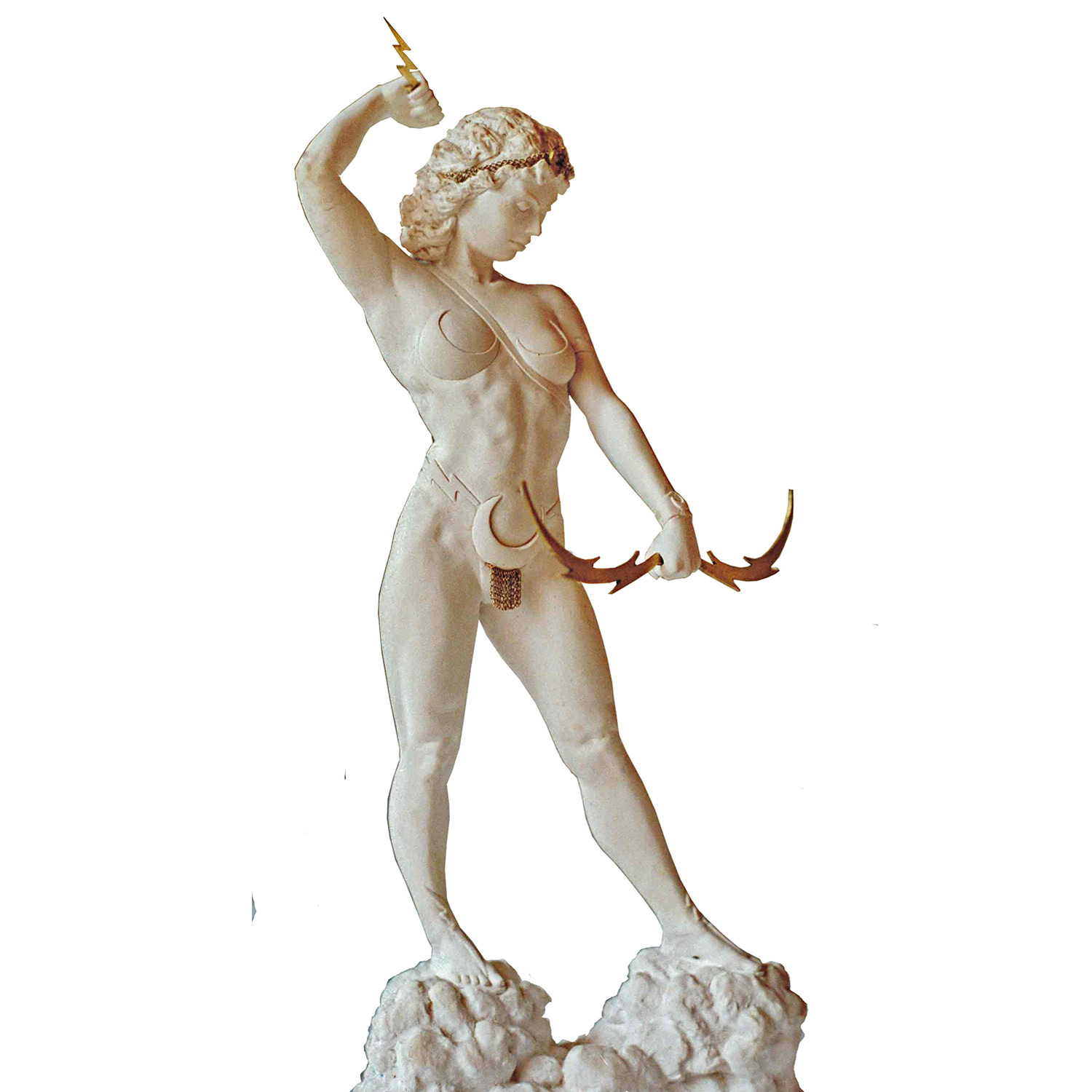 Artemis for the Franklin Mint 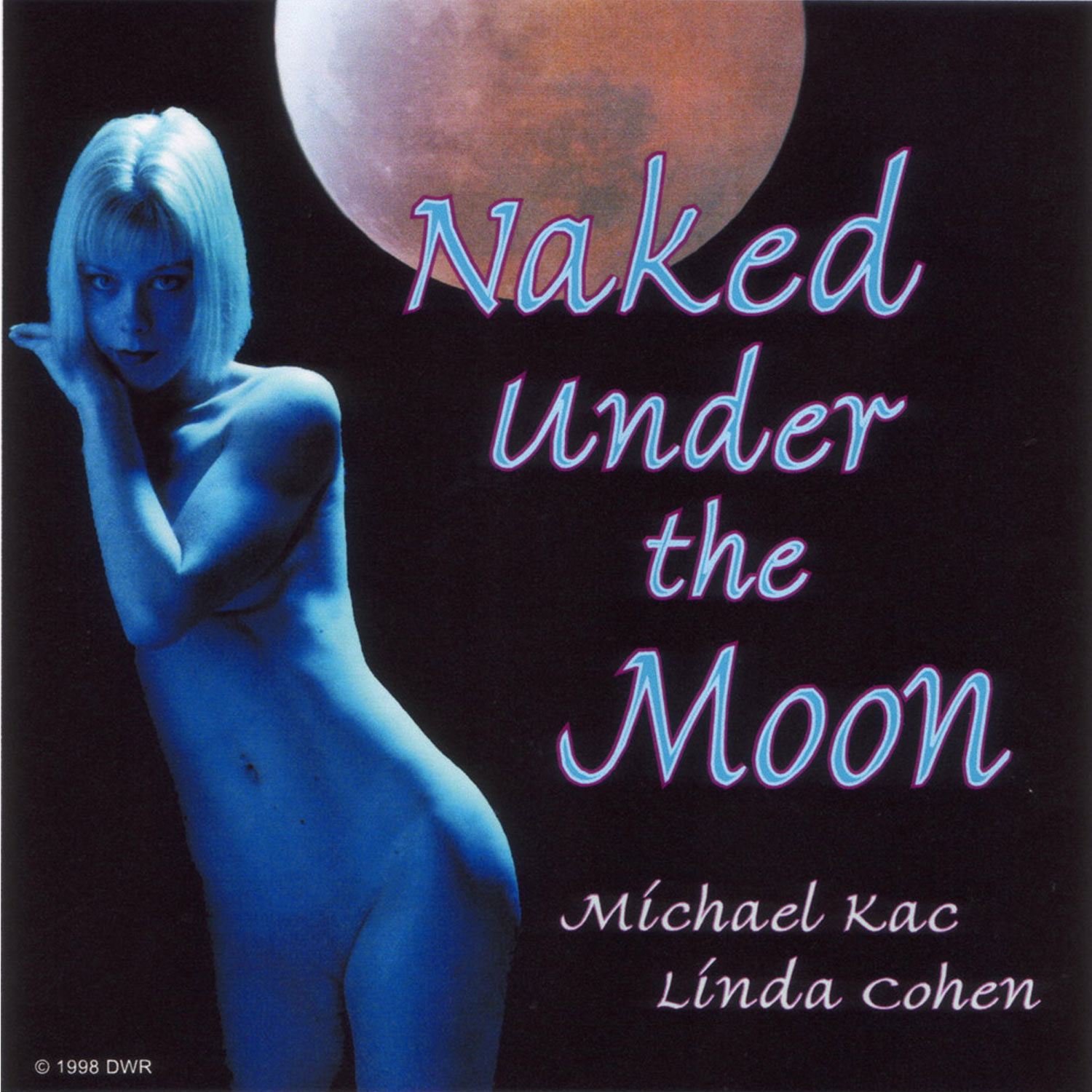 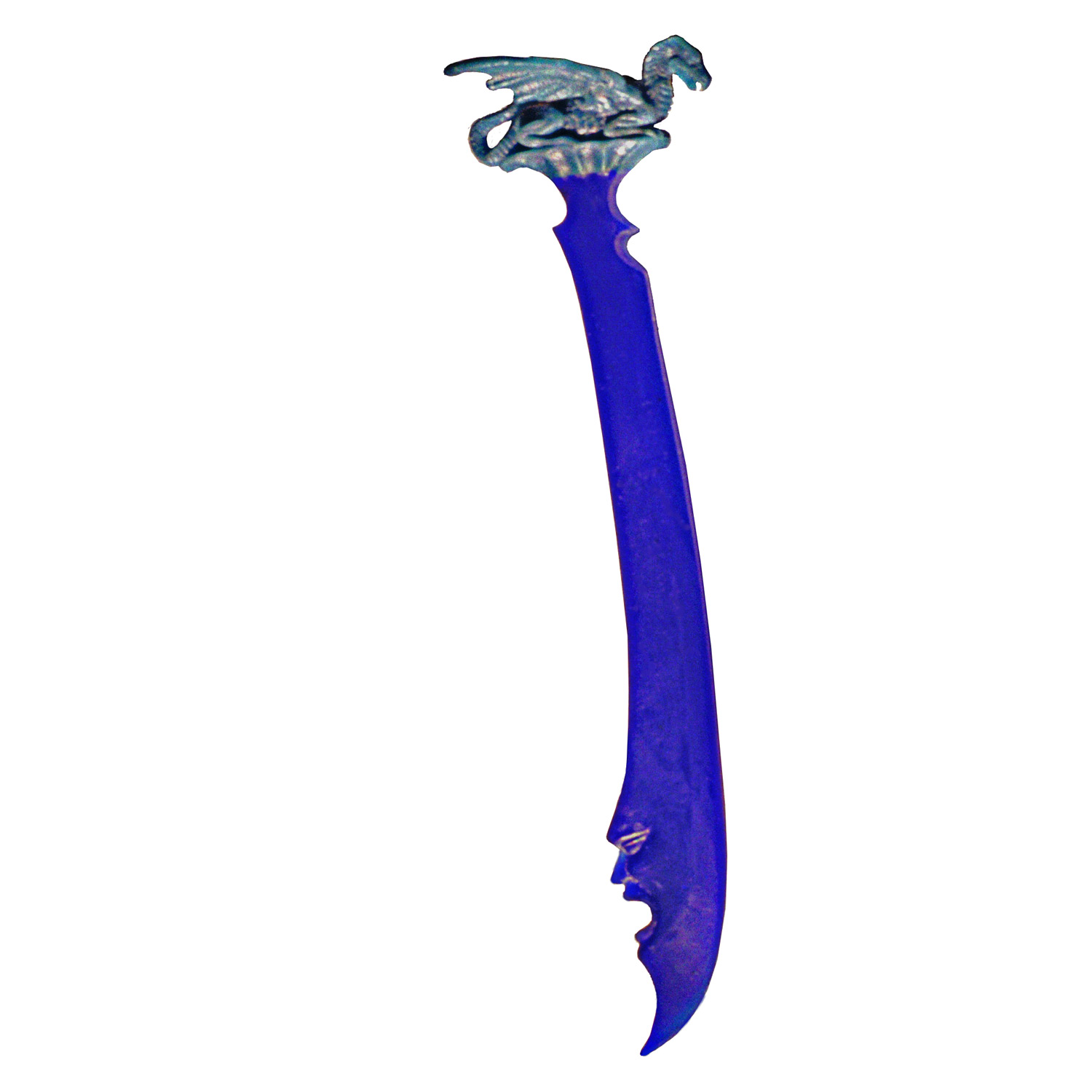 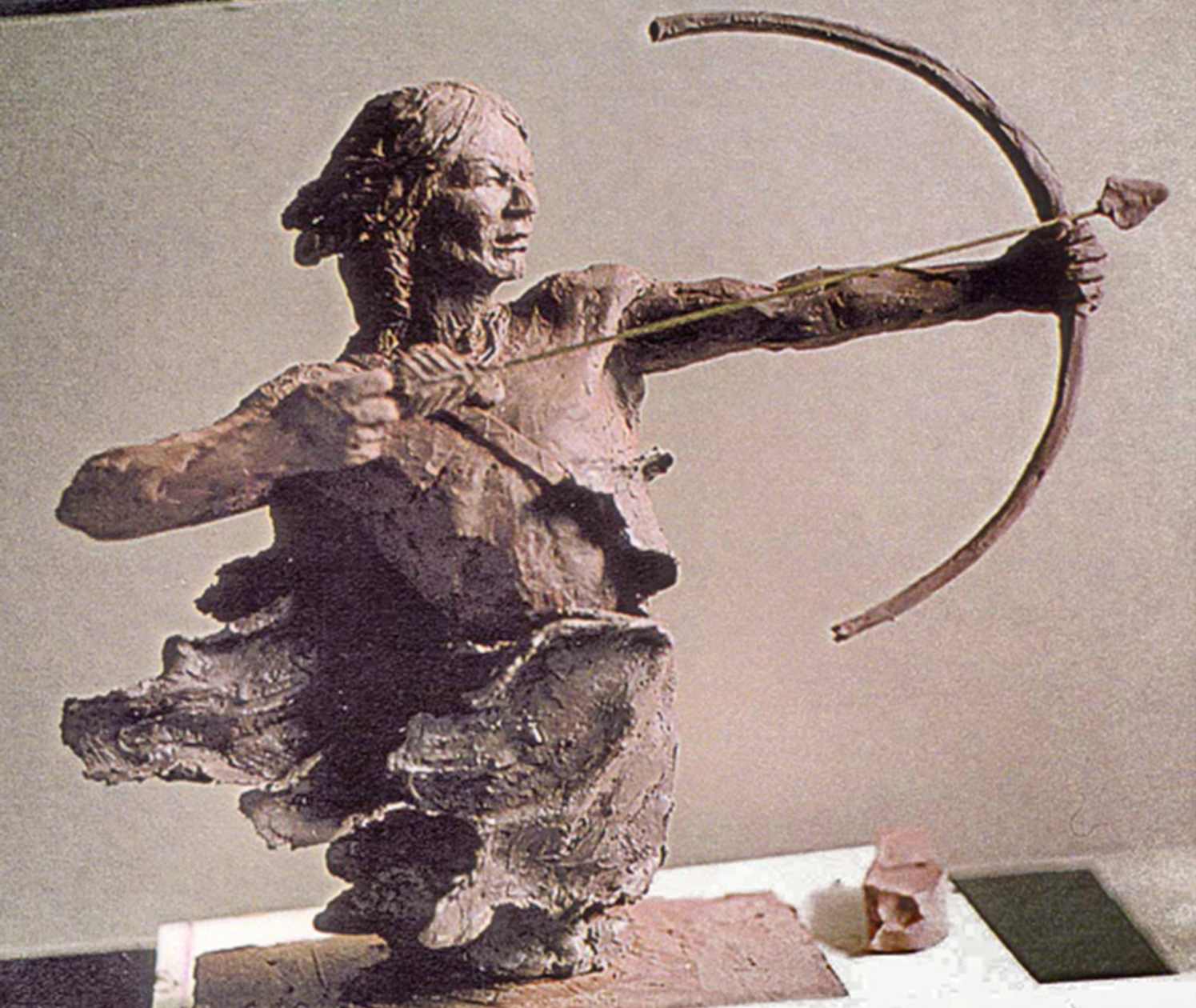 Sketch for the Franklin Mint

The Death Dealer, I must’ve been an odd head when I made this piece, maybe looking at too many comic books. It is a little figure riding a little dragon in the small sculpture it’s only 7 cm high. 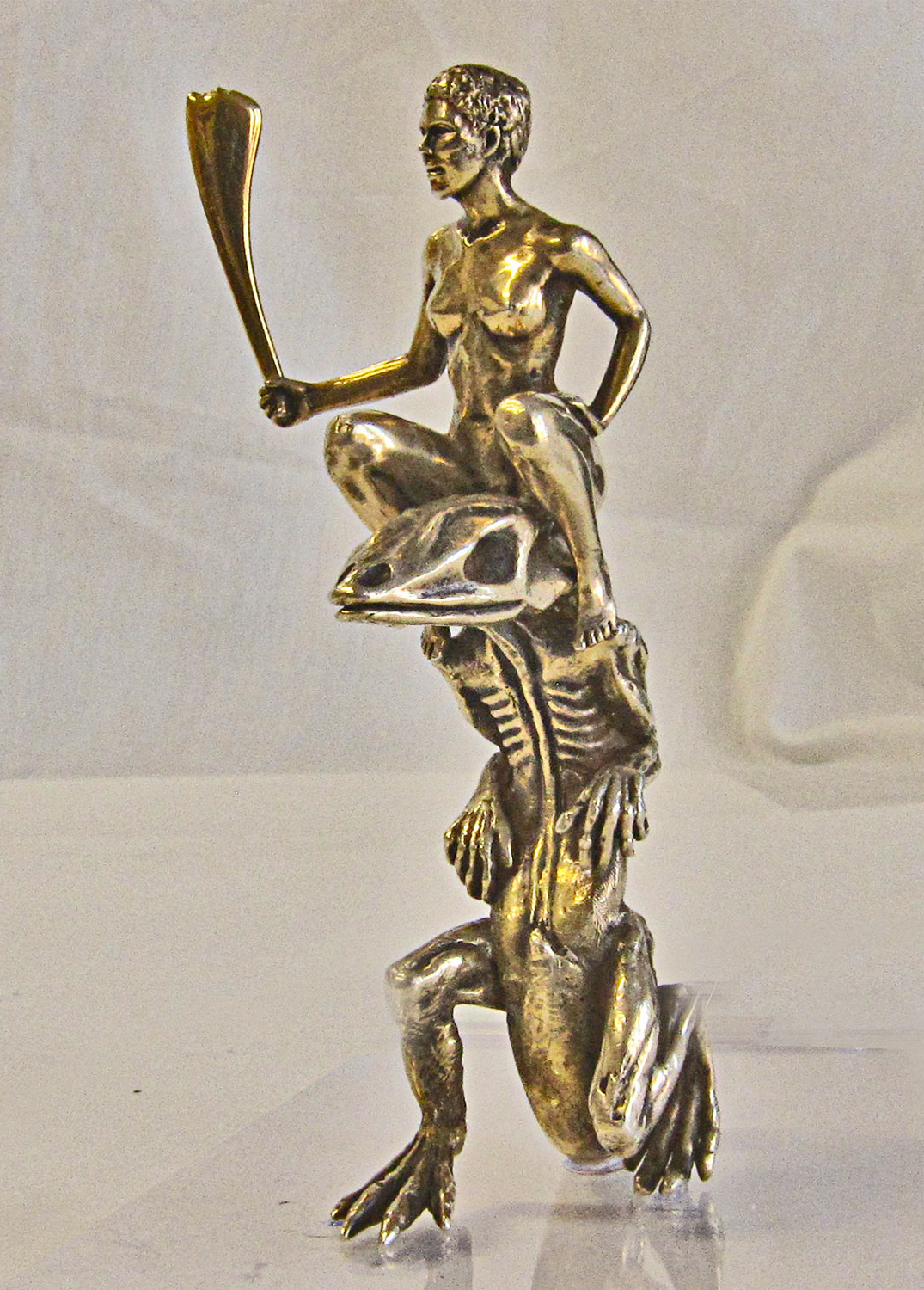 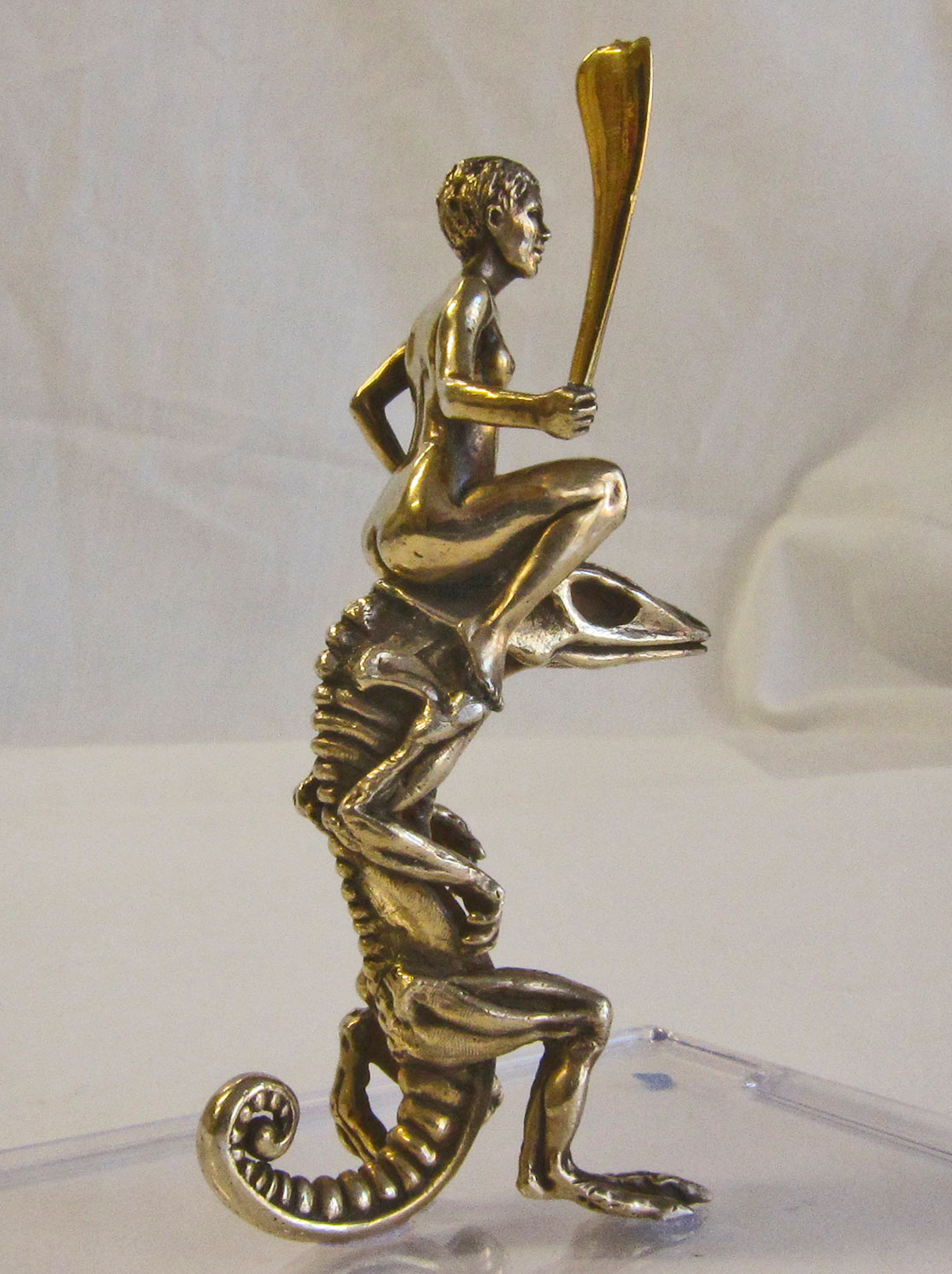 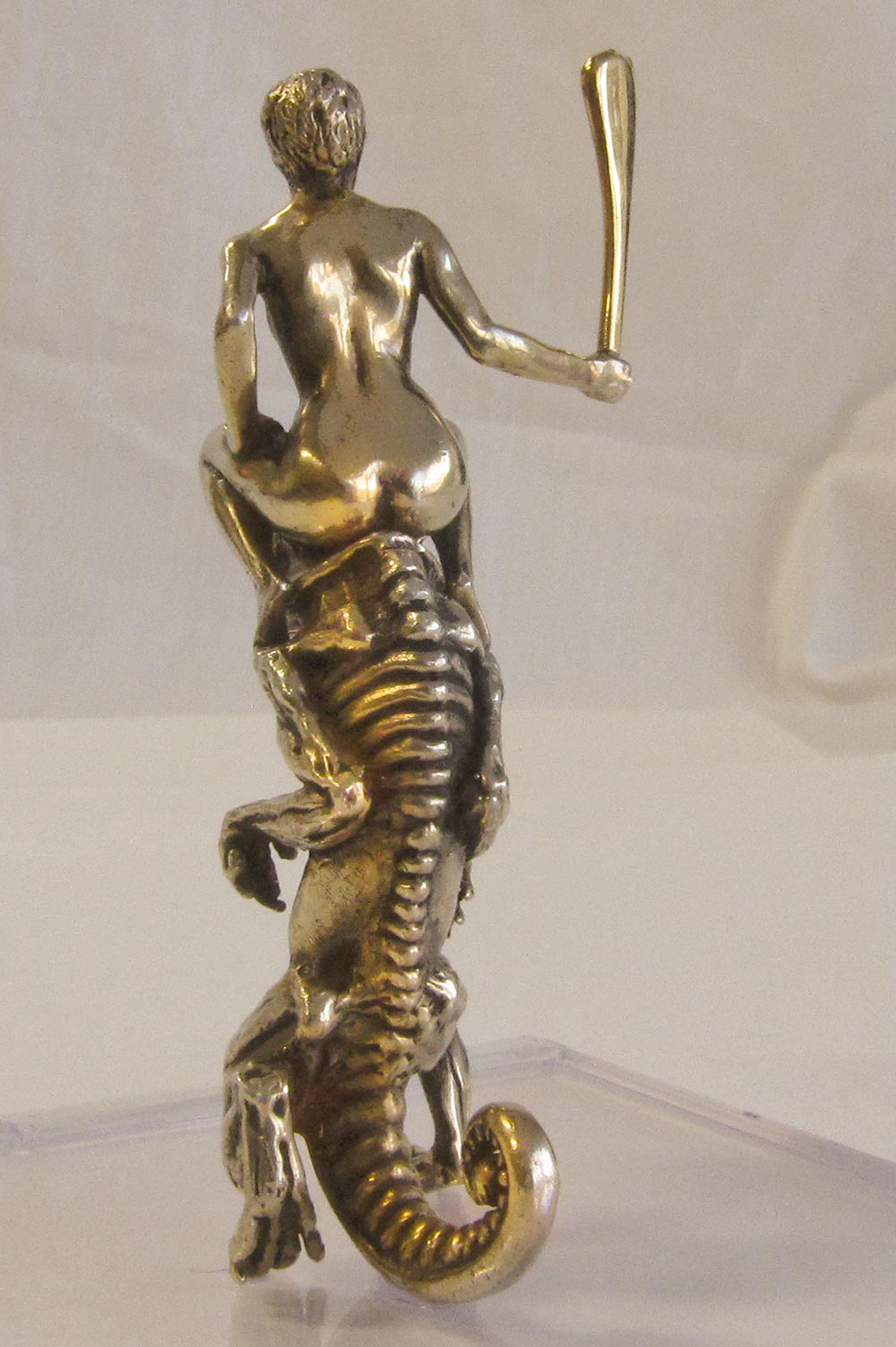 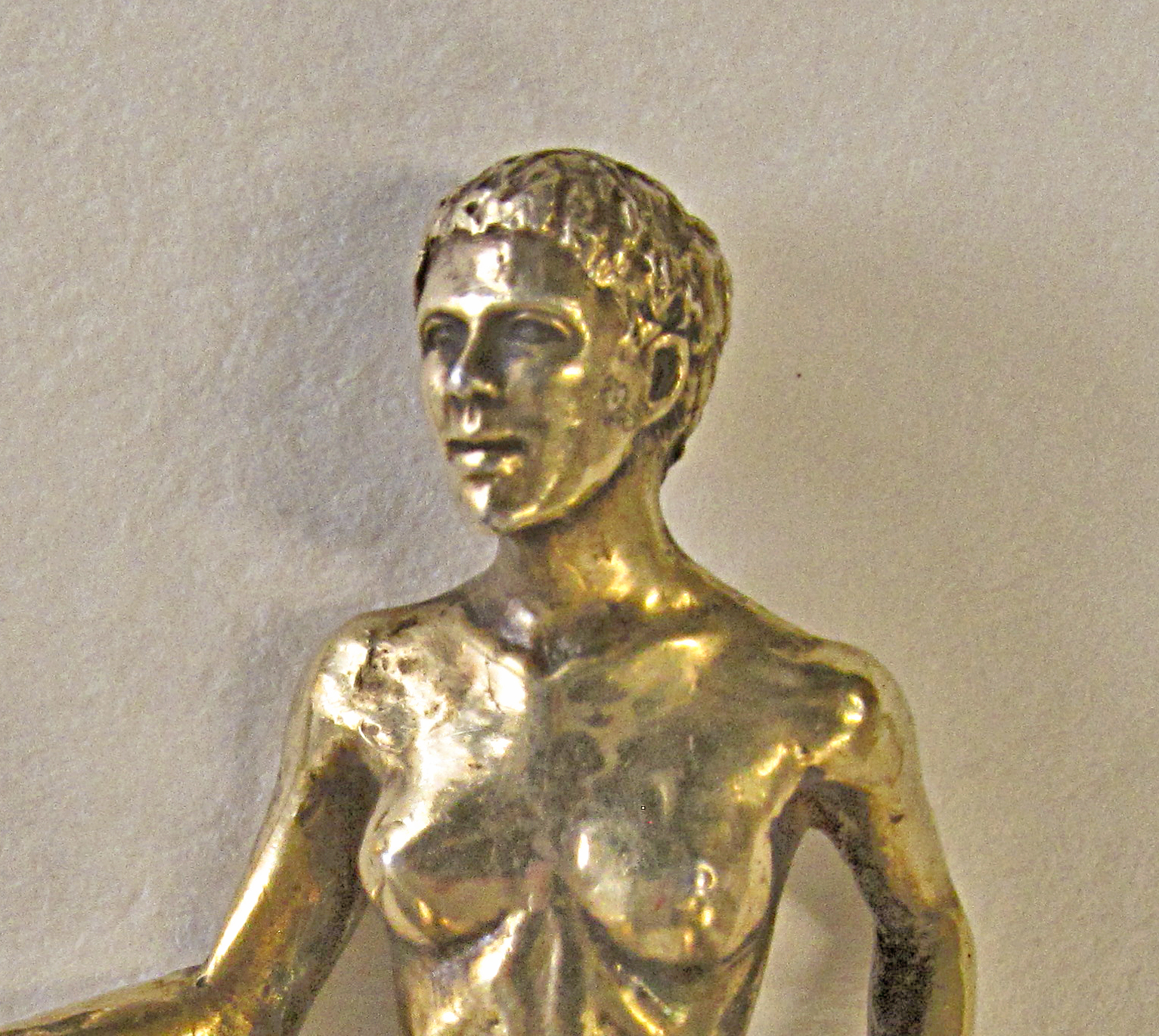 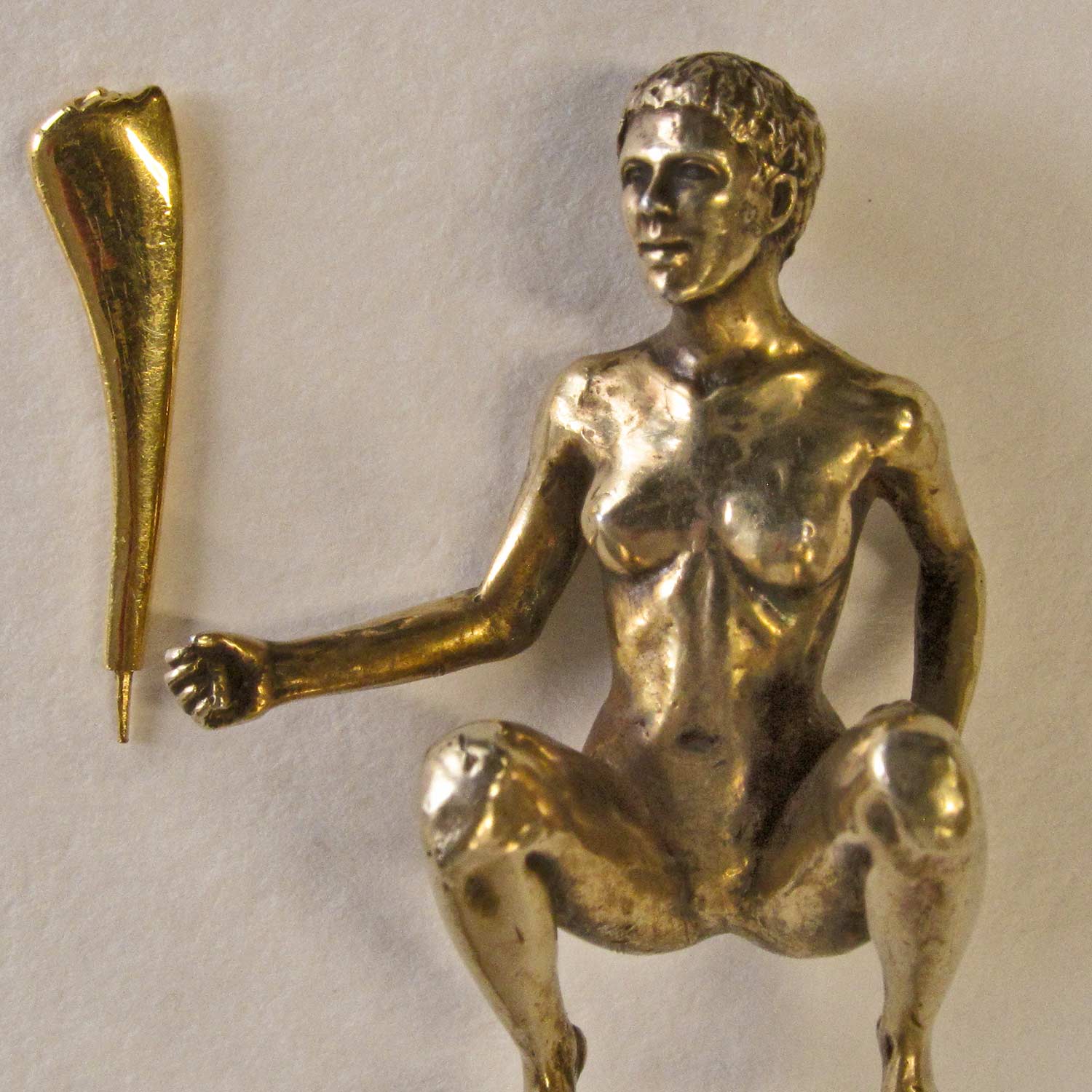 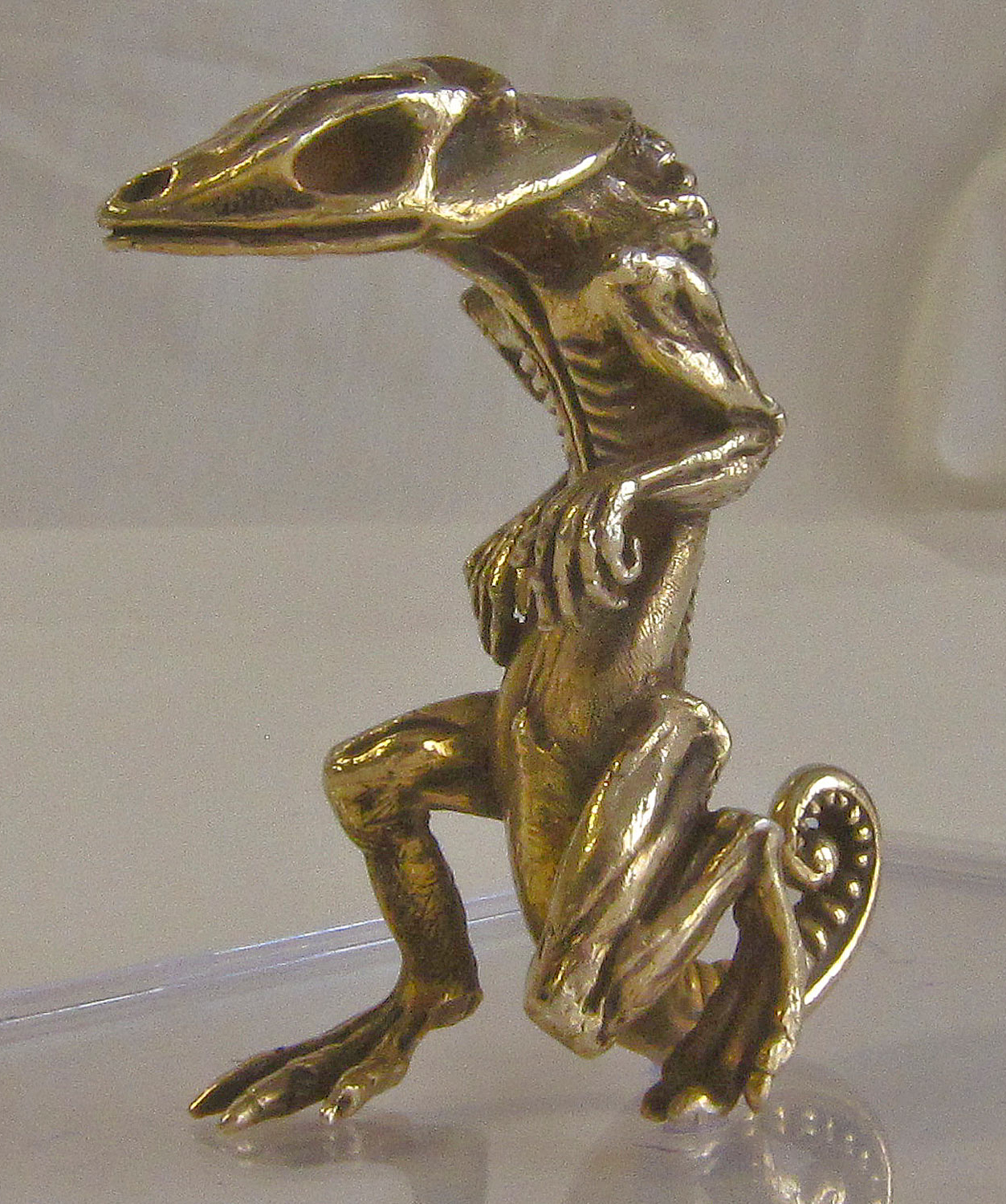